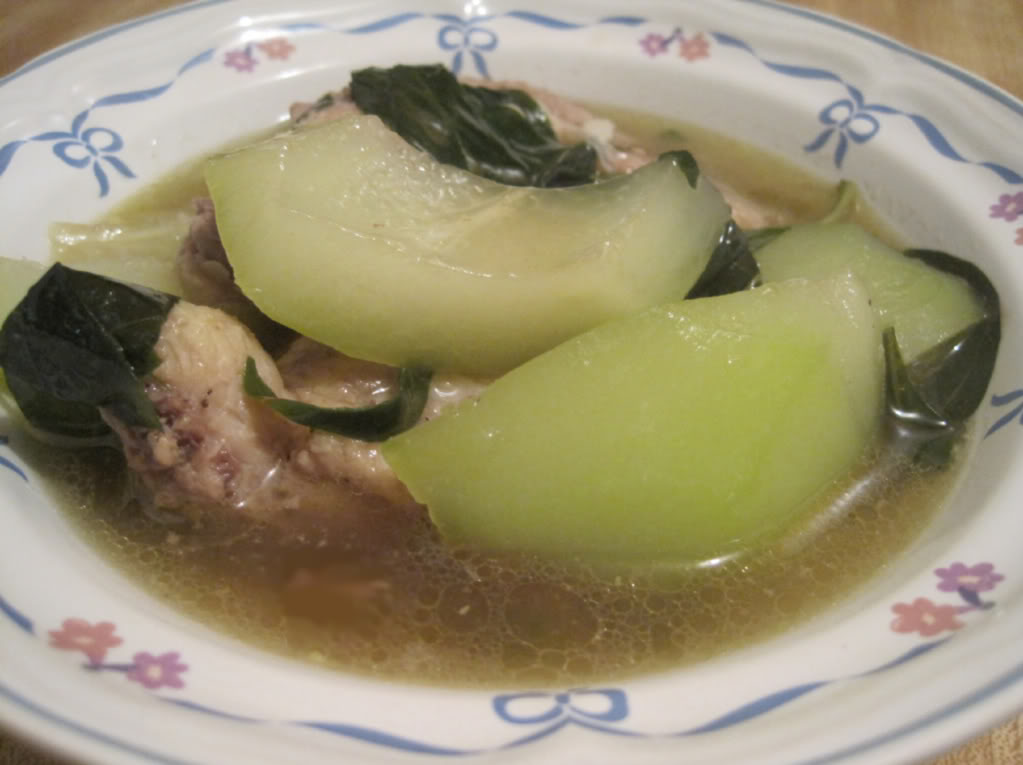 I had been looking forward to updating my tinola soup photo for a long time. See, when I first posted my Tinola recipe, I didn’t have any of the traditional vegetables to go with it. I had to make do with what I had (what my grocery store had) which was cabbage and bok choy. Any vegetable will work with this recipe, actually as evidenced by the pink version where I used an even more unconventional vegetable, beet roots!

When I was growing up in the Philippines though, my grandmother would always make this chicken soup with green papayas and/or ‘marungay’ (Moringa Oleifera) leaves. Since I don’t get either of those ingredients easily here in North Carolina, I have learned to substitute and have found some pretty close cousins to green papayas and marungay. For instance, I have been using chayote squash instead of green papayas and pepper leaves instead of marungay leaves. Although I have noticed that marungay/malungay is now available frozen at the growing number of Asian markets in our area.

My hopes went up to making a more authentic version this summer when we discovered papayas growing in our garden! They grew out from seeds we threw in the compost pile, I guess, but no matter where they sprouted from, I was excited when I saw they started bearing fruit and the fruits were actually getting to a good size way before any threat of cold weather. Well last week, forecasters predicted freezing weather so we went ahead and pulled off the biggest fruits off the papaya. Good thing we did because we had an unexpectedly early snow fall this past Saturday and this is now how the papaya trees look. They are done in for.

4 comments on “Tinola: Chicken Soup for the Pinoy Soul”