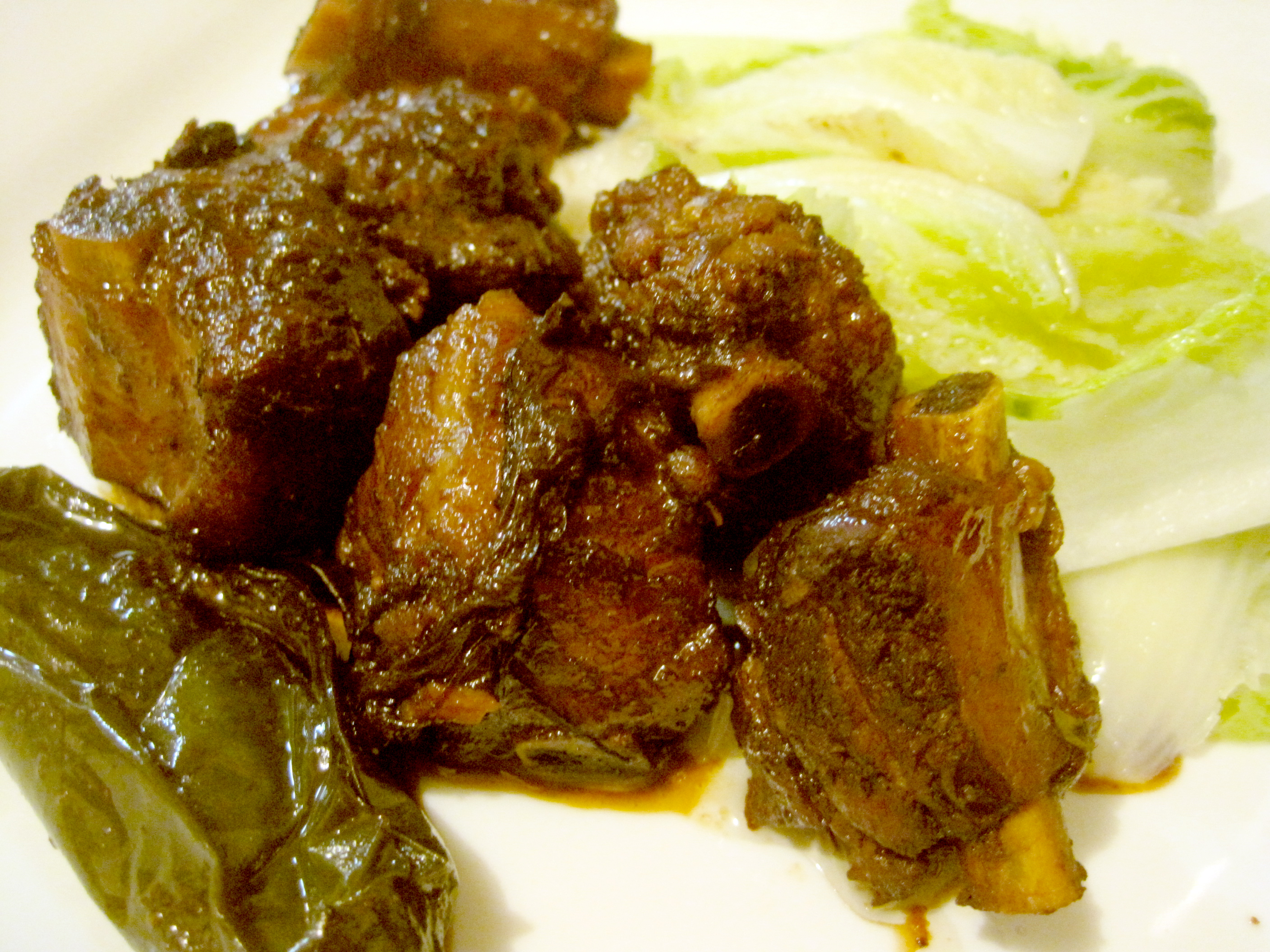 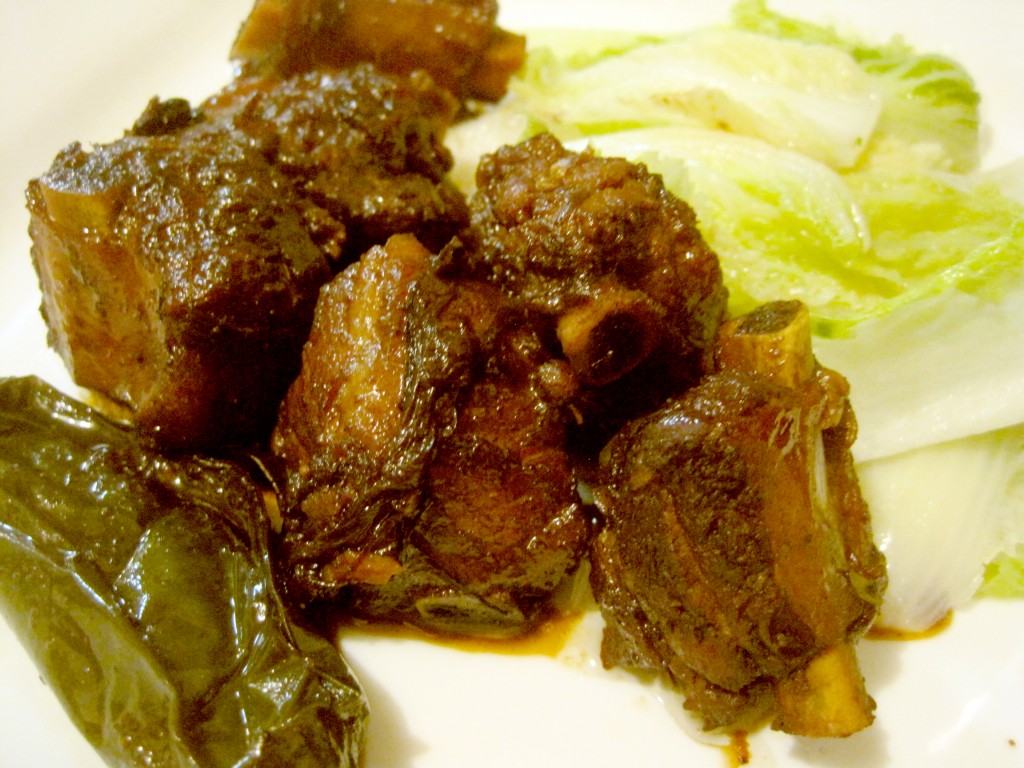 My photographic skills do not do these ribs justice but my husband declared them the best Chinese braised ribs, even better than any he’s ever had in a restaurant! Now that’s some endorsement and he lived up to it by eating almost half the pot by himself 🙂

I liked it because, well, it was delicious if I do say so myself! But I liked it the most because of how easy it is to cook. I just love these ‘dump and cook’ recipes. This will also work really well in a crock pot or slow cooker. Just dump everything in the pot and let it slow cook all day, and dinner will be ready by the time you get home from work!

I had to write down the spices I dumped into this dish since they all came together by chance based on what I have in the cupboard. Like the dried cranberries for instance. You’ll probably never see that in any traditional Chinese recipe but hey, I had some and they added a delicious tangy sweetness that is almost hard to place.

Another improvisation I did on this dish is the vinegar. I wrote cider vinegar on the ingredients list because that is most likely what I will have next time I cook this dish again. Actually, this time, I used the pickling vinegar from the sweet pickled peppers that we demolished when I cooked fried chicken a week before.

The ingredients list looks long, but when you have it all together, it’s really not that bad. Don’t worry if you don’t have the exact spices in your cupboard. Just go with what you have. The basic flavor you want to go for is a slightly sweet, barely tangy and soy infused flavor that is aromatic from all the spices. Don’t be afraid to substitute or use what you have on hand. Because more than likely, the next time I make this again, I probably won’t be using the exact same spices either.

Print
Chinese Braised Ribs
Author: Jeanette
Recipe type: Main
Prep time:  45 mins
Cook time:  2 hours
Total time:  2 hours 45 mins
Serves: 4
Ingredients
Instructions
Notes
Chinese cut ribs are cut across the ribs about an inch long. Cut them into individual ribs so you have pieces about an inch or two thickness all the way around. As always, adjust the seasonings as you go. Cooking time is approximate. You just have to eyeball it when it's done.
Wordpress Recipe Plugin by EasyRecipe
2.1.7