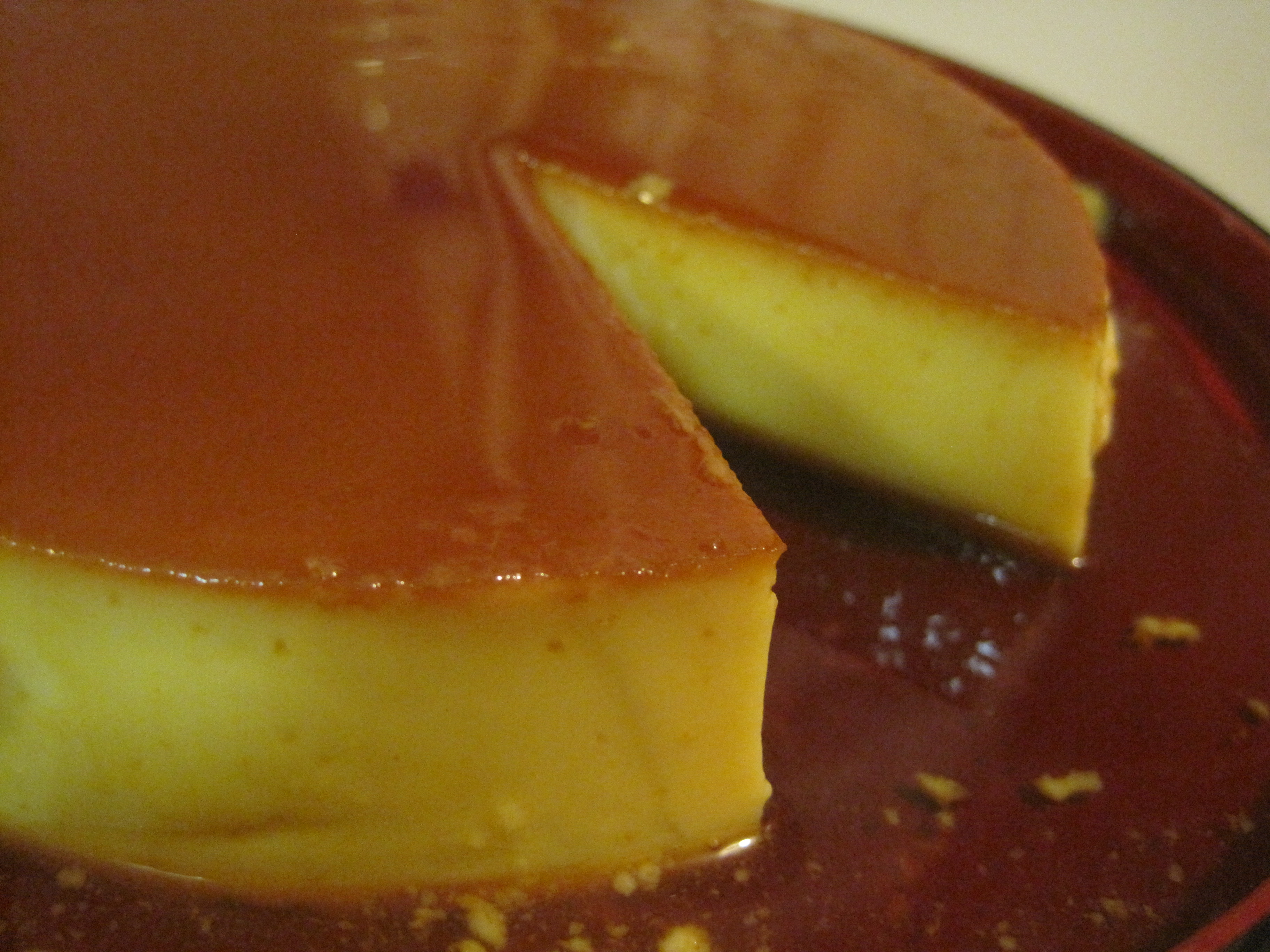 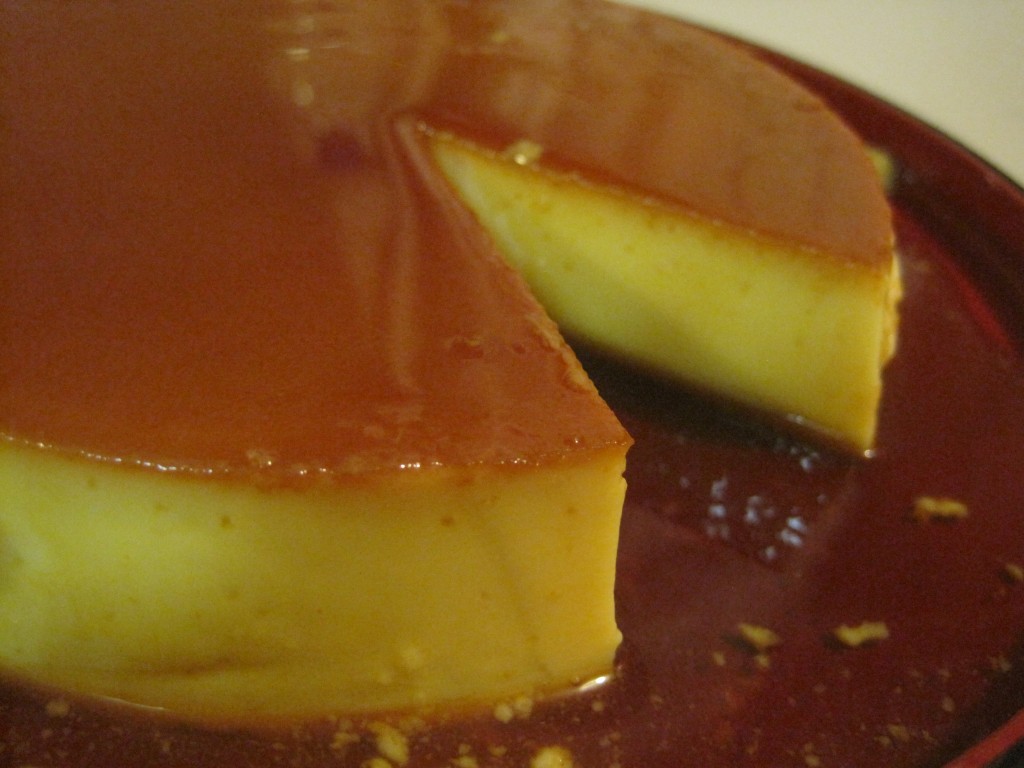 Meyer lemons were on sale at the grocery store last week. I didn’t really have anything in mind for them, but they were so beautifully brilliant and smelled so good that I just had to buy them. So far, I’ve only used them to flavor my tea, too lazy to do any cooking.

I was especially tired and lazy last Thursday and didn’t really feel like cooking, but my sister-in-law’s birthday was the next day and my husband had promised her my coconut cake. I made myself cook if he promised to clean up after me and do the dishes. We had a deal.

We turned out a glorious coconut cake for his sister and she was happy to get it. But the thing with making coconut cake with seven minute frosting is that you are left with extra egg yolks. I didn’t feel like letting the yolks sit in the refrigerator waiting to be used in something then having to be thrown away when no possibility lends itself, so I decided to whip up a quick batch of flan to use them up.

I didn’t follow my recipe for the classic leche flan, but decided instead to work with what I had on hand and that’s where the meyer lemon idea came in. It turned out to be great idea.

The flavor was not so overwhelming that it could be called a lemon flan. The aroma and flavor of the lemons was very subtle but you can definitely sense their presence. It cut down the cloying sweetness and richness usually associated with flan. Too bad my husband and youngest daughter are not crazy about flan… this is all for me! 🙂

Print
Flan with Meyer Lemon
Author: Jeanette
Recipe type: Dessert
Prep time:  20 mins
Cook time:  1 hour 20 mins
Total time:  1 hour 40 mins
Serves: 6
Ingredients
Instructions
Notes
Why the one whole egg? Well while I was separating the eggs for the 7 minute frosting, I messed one up. Ergo, I had 4 yolks and 1 whole. I'm sure this would work with 4-6 eggs. Don't be afraid to experiment. With the proportions above, I had just enough to fill that one 7 inch round pan whereas the classic flan recipe makes enough for two pans. This is perfect if you're not cooking for a party.
Wordpress Recipe Plugin by EasyRecipe
2.2.1

2 comments on “Flan with Meyer Lemon”