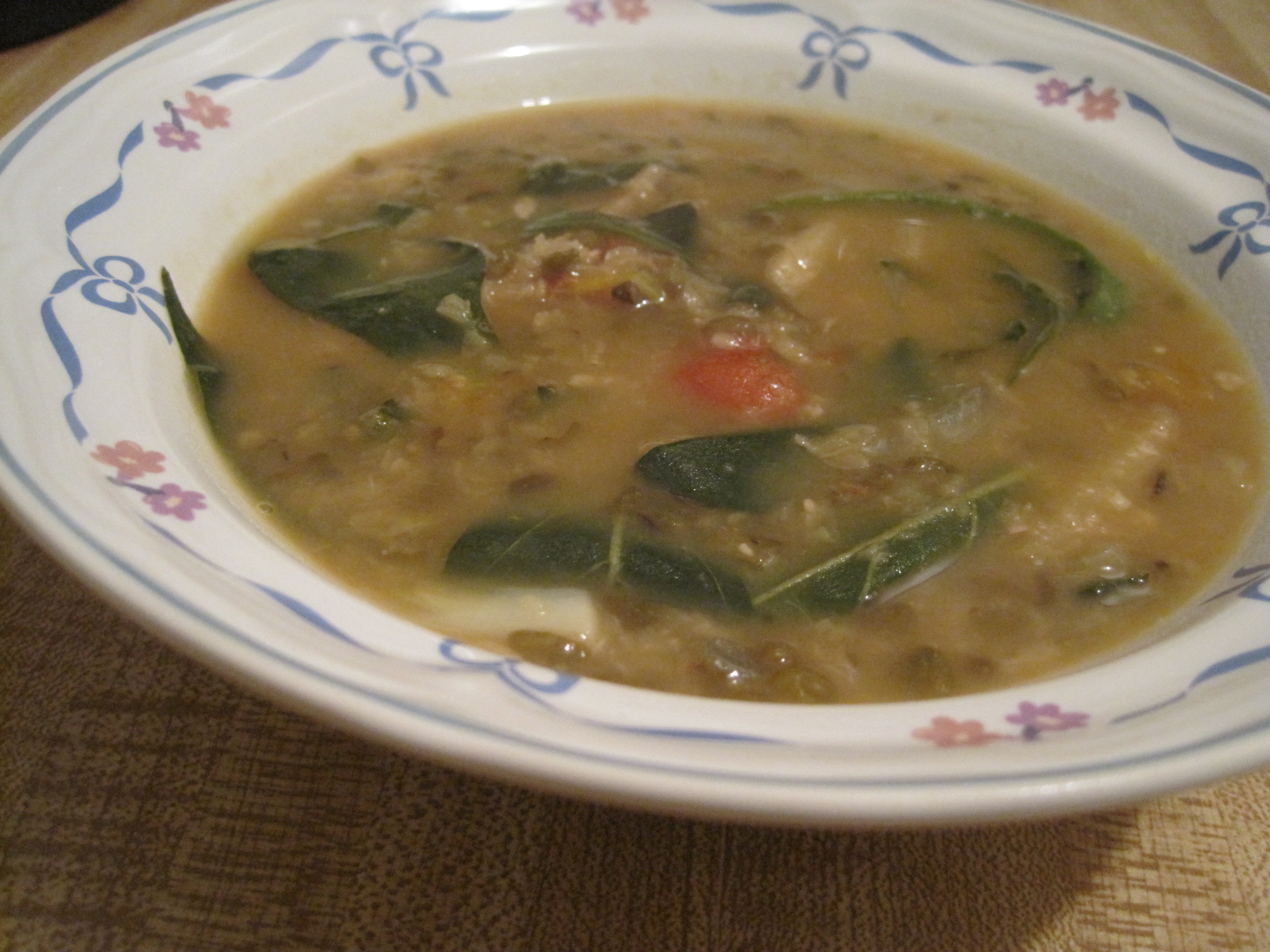 I am surprised how many people do not realize that the leaves of most pepper plants are also edible. I had mentioned to someone that I was having this soup with pepper leaves and they were genuinely surprised. Well, they are quite good, actually, and very mild sort of green unlike what you might expect it being the producer of such fiery fruits.

Well I had forgotten about these poor pepper leaves and I just recently found them in the depths of my freezer. They are several months old, from last summer, or even spring, I think; but they were still surprisingly ok in this soup! No freezer burn taste at all! So all’s well that ends well.

When I made the first version posted on this blog, I used whole mung beans for this version, I used hulled and cracked beans. You can see the difference in the texture and thickness of the soup. I think I like this version better which is why I am reposting this recipe. I would also normally just give you the link to the old recipe, but since I am now also using the EasyRecipe plugin to conform to the new microformat for recipes, I might as well re-post the recipe here again.

4.0 from 1 reviews
Print
Mung Beans with Pepper Leaves Soup
Author: Jeanette
Recipe type: Soup, Main
Prep time:  30 mins
Cook time:  30 mins
Total time:  1 hour
Serves: 2
This is a Filipino recipe that could be a soup or a main dish.
Ingredients
Instructions
Notes
This will probably serve only two. I made a small batch since I am the only one who likes mung bean soup in our house. Especially so when it has bitter melon leaves, which is what makes this dish for me. Normally, shrimps is also added to this recipe as in the older version but this time, I opted to do without the shrimps.
Wordpress Recipe Plugin by EasyRecipe
2.2.1