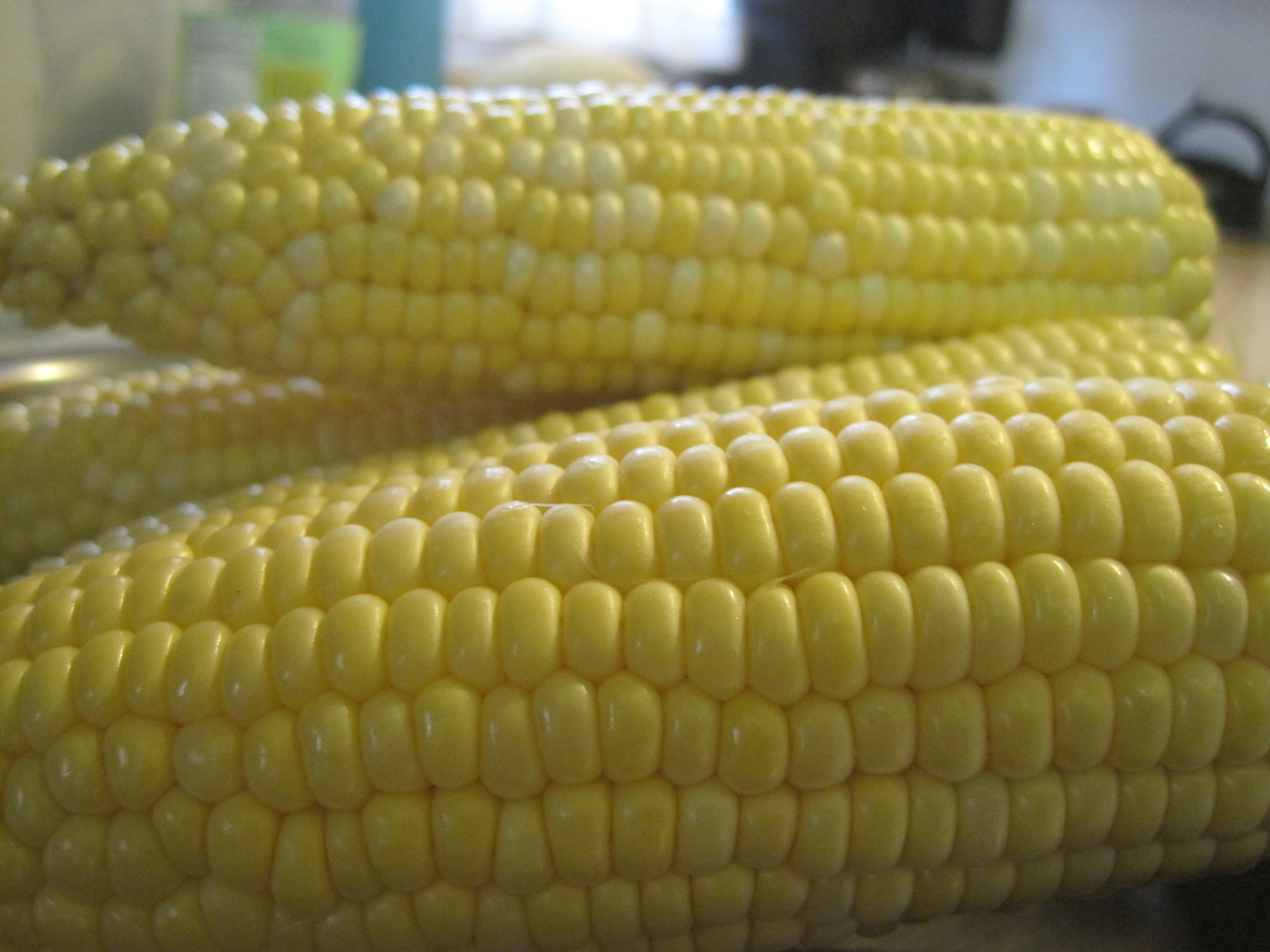 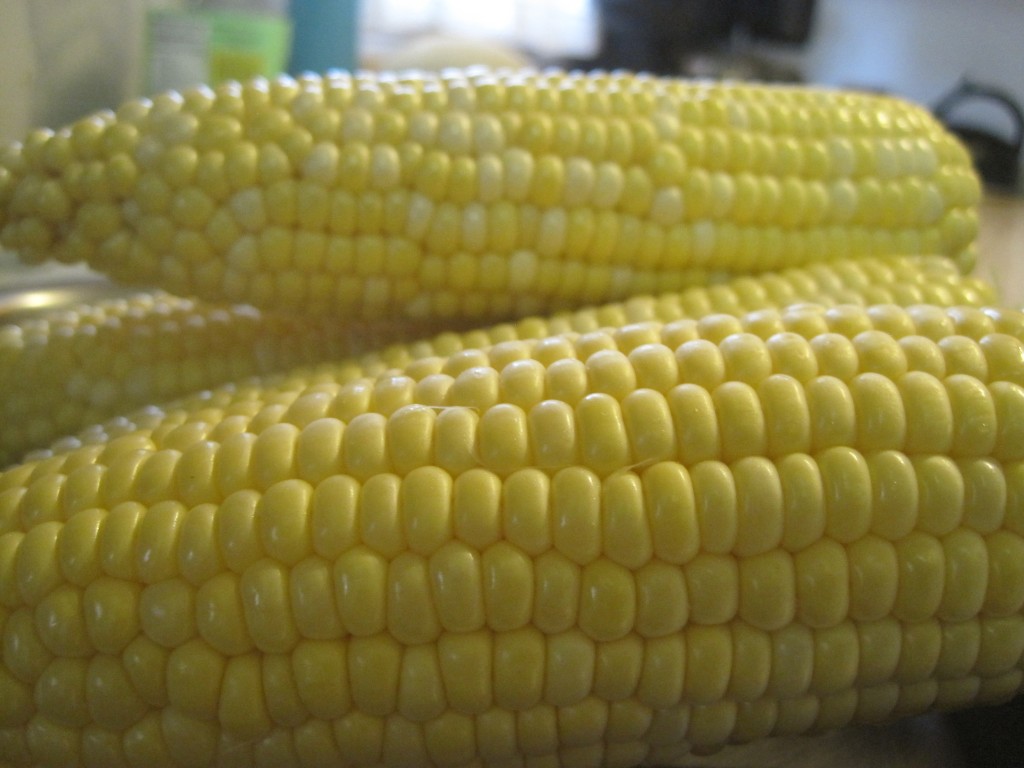 It’s that time of year again…. CORN SEASON! They are on sale at the grocery store this week for 19 cents each. For me, that means 8 ears of corn for less than $2! And are they ever good right now.

They are so sweet and tender, you can eat them as is. Raw, without even cooking it, they taste like heaven! Needless to say, I have been back at the store three times already. We’ve been eating corn almost everyday!

The first batch, we simply boiled on the cob. The next two batches, we made creamed corn. The second batch of creamed corn was made because the first was so darn good, the pot was gone in one sitting and there’s only 4 of us. So I vowed to make a little bit more next time. 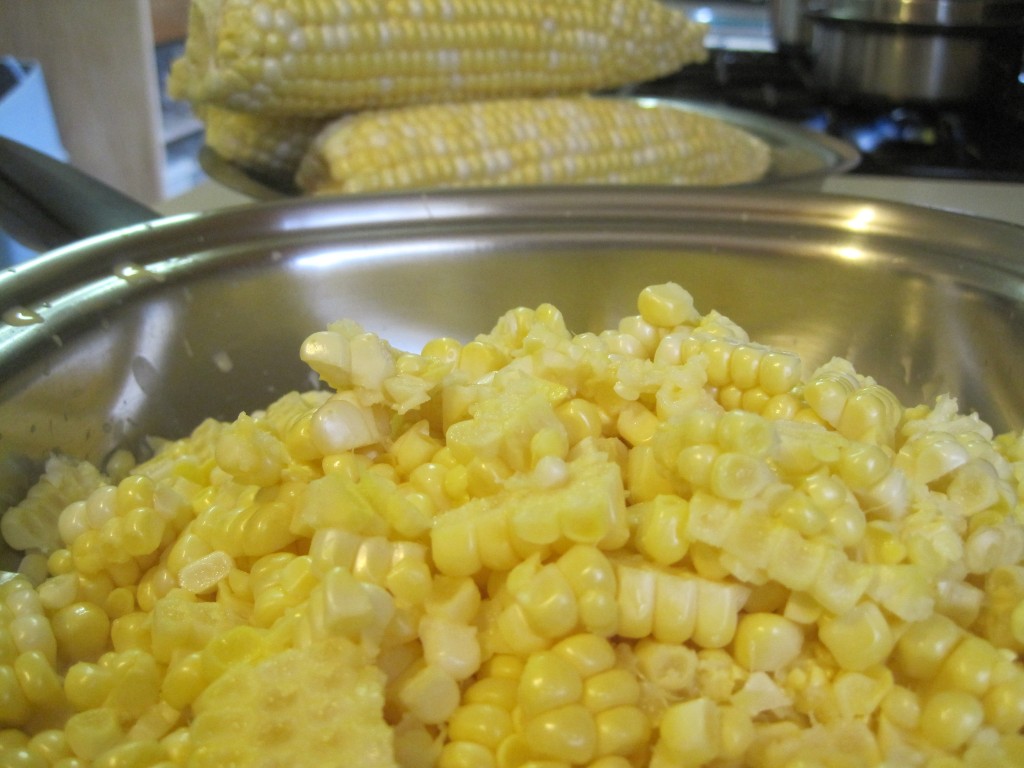 Cut the corn off the cob

Creamed corn is so easy and simple that I hadn’t even thought of blogging it until I realized that my daughters didn’t know how to cook it! I suppose I thought that they would just observe me making it (they’ve helped me make it often enough) and learn that way. I hadn’t realized that I never talked them through the steps and ingredients. So this time around, we noted measurements and steps.

If you’ve never made creamed corn, then I hope this helps you too. 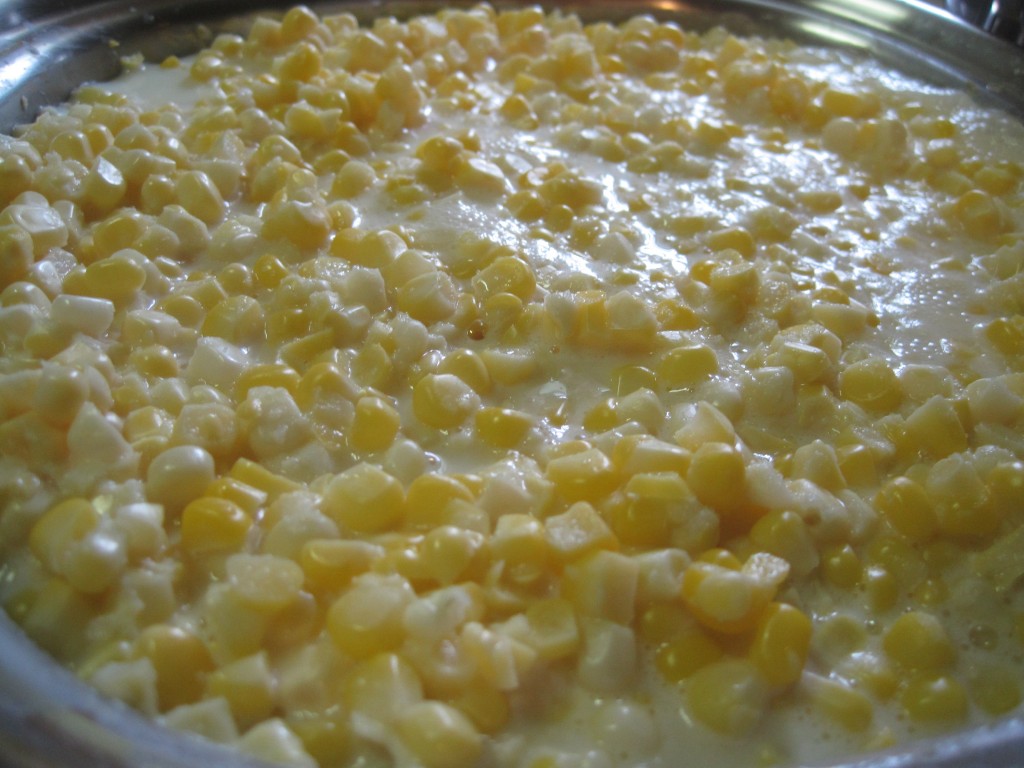 Cook until thick, bubbly and creamy

By the way, you can make creamed corn with frozen or canned corn; but I think nothing beats the taste of sweet, juicy, in season corn when you can get it.

Print
Creamed Corn
Author: Jeanette
Recipe type: Side Dish
Prep time:  30 mins
Cook time:  15 mins
Total time:  45 mins
Serves: 4-5
This is probably the simplest creamed corn recipe you'll find. I have tried additions of spices and variations on thickeners for the cream, but when you have fresh, sweet corn, I believe simplicity is the best way to concentrate the natural flavors.
Ingredients
Instructions
Notes
When you have young sweet corn, it doesn't need to cook long. Later in the season you may have to cook the corn a bit longer until it is tender. If you noticed, there is no plated photo of this dish. It was so good, we forgot to take a picture! :)
Wordpress Recipe Plugin by EasyRecipe
2.2.6

Here are other variations for creamed corn:

Rudy’s Creamed Corn from Blue Bonnets and Brownies has cream cheese added to it!

Coconut Creamed Corn from Eating Well for you who cannot take dairy, this is a really good alternative.