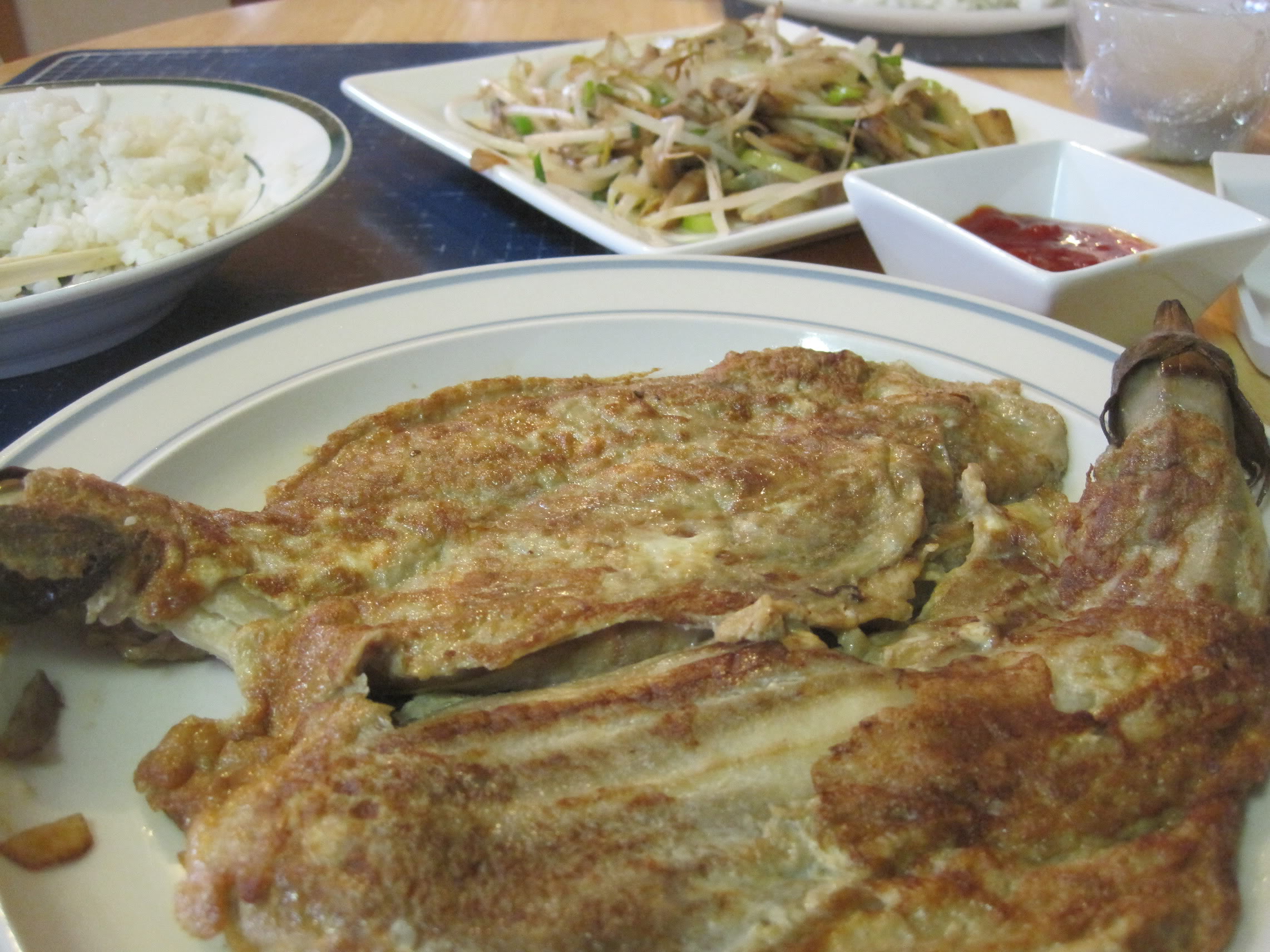 The garden has been doing well this year and the three Japanese eggplants have been very generous. Aside from the new recipes we’ve tried out using eggplants, this is an old standby that we always fall back on, especially for breakfast.

We call this ‘tortang talong’ in the Philippines. It is basically a whole eggplant that is grilled over flame to burn off the skin, and peeled. Some people also simply boil it then peel it, but I am partial to that charred skin flavor. Plus, when you grill it it doesn’t get as soggy as when you boil it.

After you’ve peeled the eggplants, scramble a couple of eggs in a wide bowl. I use a pie pan. Season the scrambled eggs with salt and pepper and dip your whole eggplants in, flattening it slightly with a fork so it can absorb more of the egg mixture.

Next, heat a couple of tablespoons in a skillet and lay your eggplants in, pouring some of the scrambled eggs over and around the eggplants. Let it cook until set.

For a tip on how to flip it over, visit our old post for eggplant fritata. On that version, I was being lazy about having to char the skin and peel the eggplant first, so I simply sliced them up with the skin on. It still worked, but this is the way my grandma used to do it, down to leaving the stem at the end of the eggplant to keep it stable during cooking.

Looking at that old eggplant fritata post, I realize that it’s very similar to Poqui-Poqui which is supposed to be an Ilocano dish. I’ll have to try cooking it as per Connie’s recipe next time. I think it will be delicious!