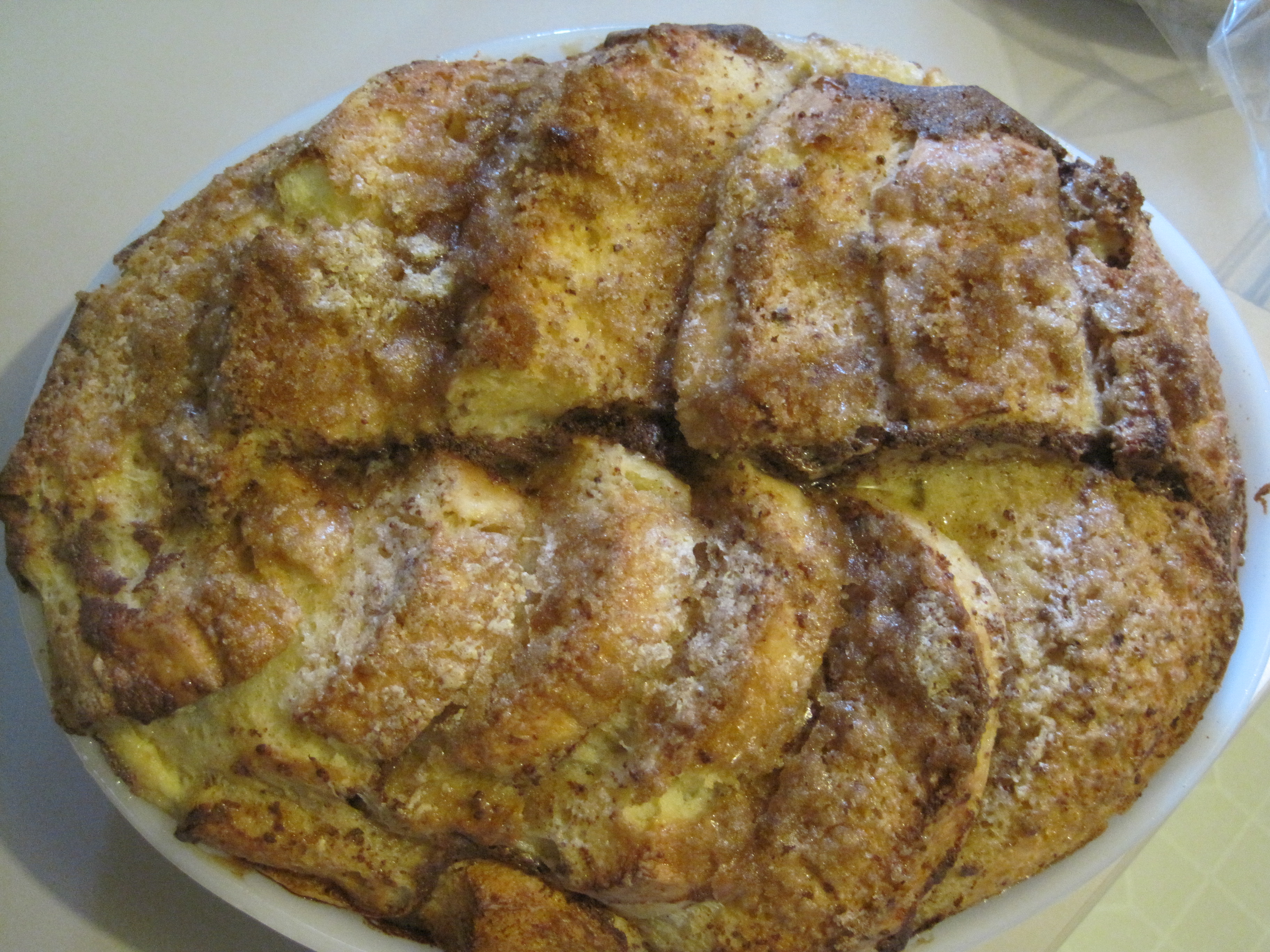 The Girl (my youngest daughter) has been on a bread making spree this summer as she also worked on perfecting her pizza. She made four more loaves of bread yesterday so today, I took the half loaf left over from last weekend’s bread making session and made this baked french toast which my husband says is the same thing as bread pudding (he doesn’t like bread pudding).

No matter what he says, I think this came out really well with the slightly crunchy top and fluffy insides. The girls loved it with pancake syrup drizzled over the top.

Print
Baked French Toast
Author: Jeanette
Recipe type: Breakfast
Prep time:  15 mins
Cook time:  1 hour
Total time:  1 hour 15 mins
Serves: 4-5
Easy, no fuss breakfast dish. Perfect with a cup of coffee and the flavors I think are improved after it has cooled to room temperature.
Ingredients
Instructions
Notes
This time, I used the left over bread from my daughter's baking efforts. You can use french bread, challah or regular ol' loaf bread. I also made a smaller batch than usual, only using half a loaf and a smaller pan (equivalent to 9x9 inch square pan). The measurements above are approximations. I put the dish together without measuring, just eyeballing. Adjust according to your taste and preference.
Wordpress Recipe Plugin by EasyRecipe
2.2.8