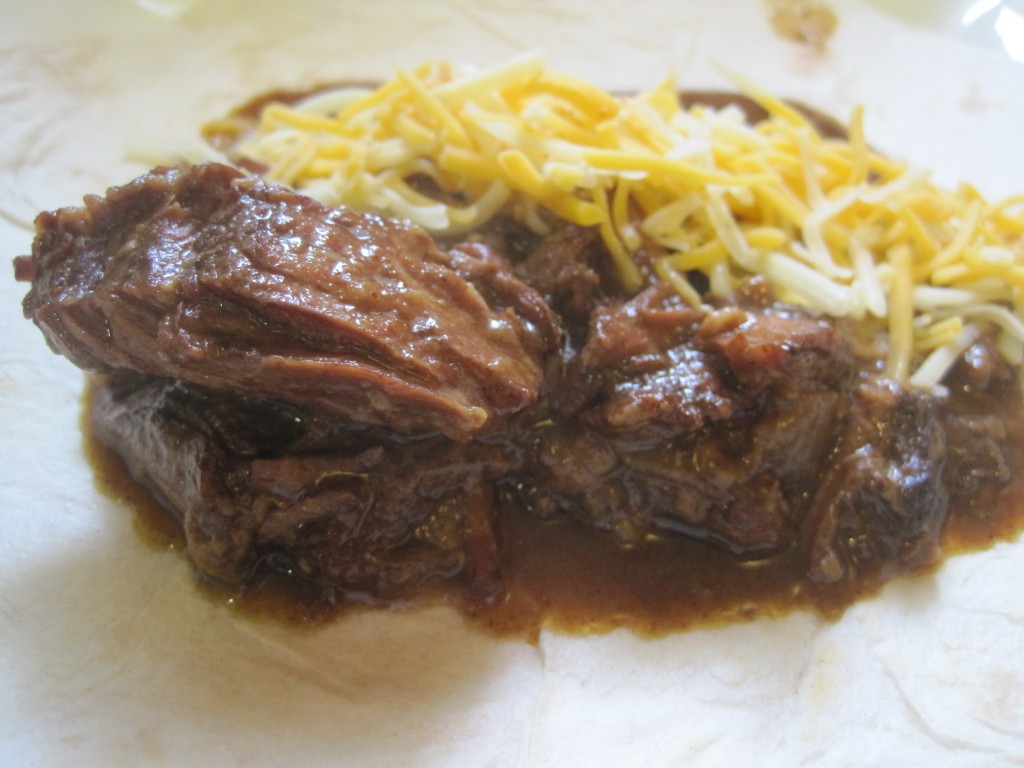 I went to school just down the road from Tito’s Tacos in Culver City and it became a lunch time and after school destination for us to get something good and cheap enough for our allowance. It became a habit and like almost everything that you grow up eating, it became as much of a comfort food as mom’s cooking.

I have been living out of state for a long time now but every time I go back to L.A., Tito’s Tacos is a must stop and their all meat burrito is a must have. I have never found anything like it anywhere else. So I was genuinely excited when one of my facebook friends who also attended the same school posted that he found a recipe that came really close to the Tito’s Tacos all meat burrito! He tried this copy cat recipe from food.com and since he said it was just like the real thing, I decided to give it a go. Of course, I couldn’t just follow the recipe, I had to tweak it just a bit. 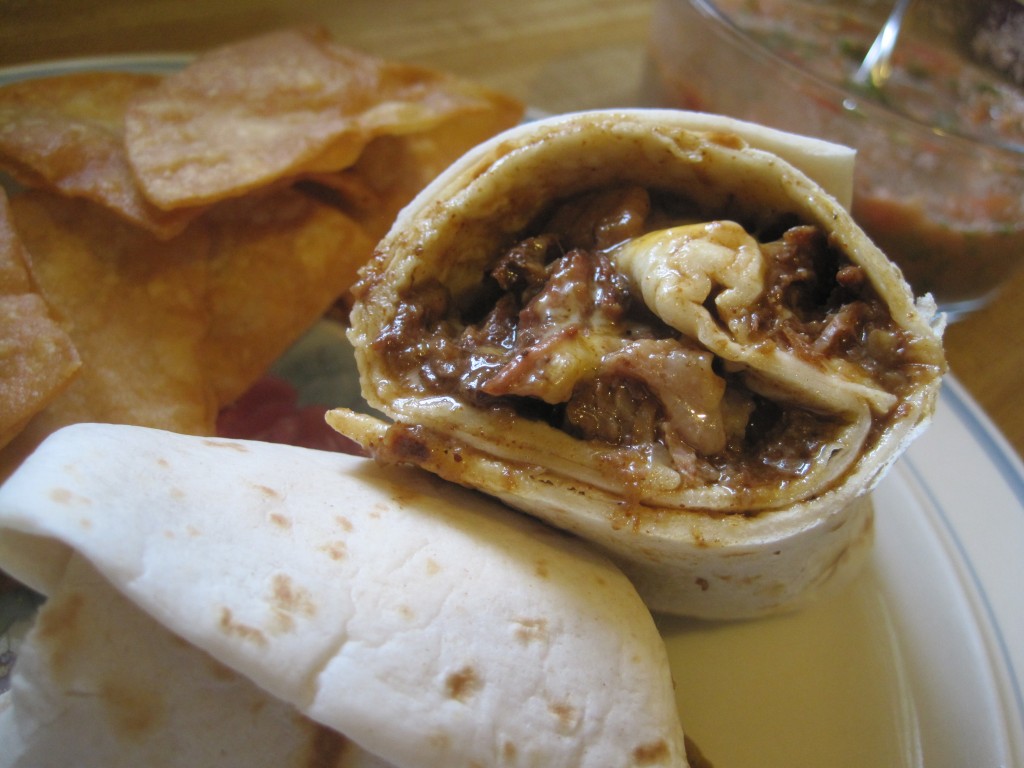 I must say, I was quite happy with the result and so was the family. I had mine with just meat and cheese because I wanted to see if it was just as I remember having, and I was not disappointed! The rest of the family added extras like sour cream and pico de gallo and rice with theirs and they all proclaimed they would love to have this added to the regulars on the menu. And just like any good stew, this was even better the next day! 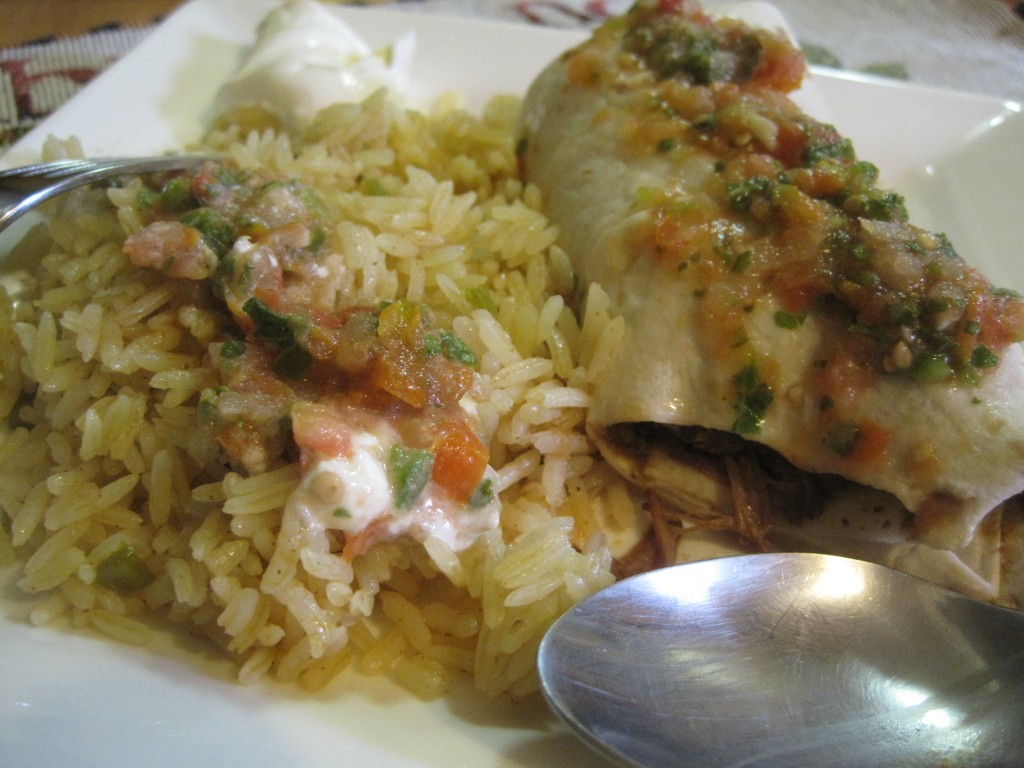