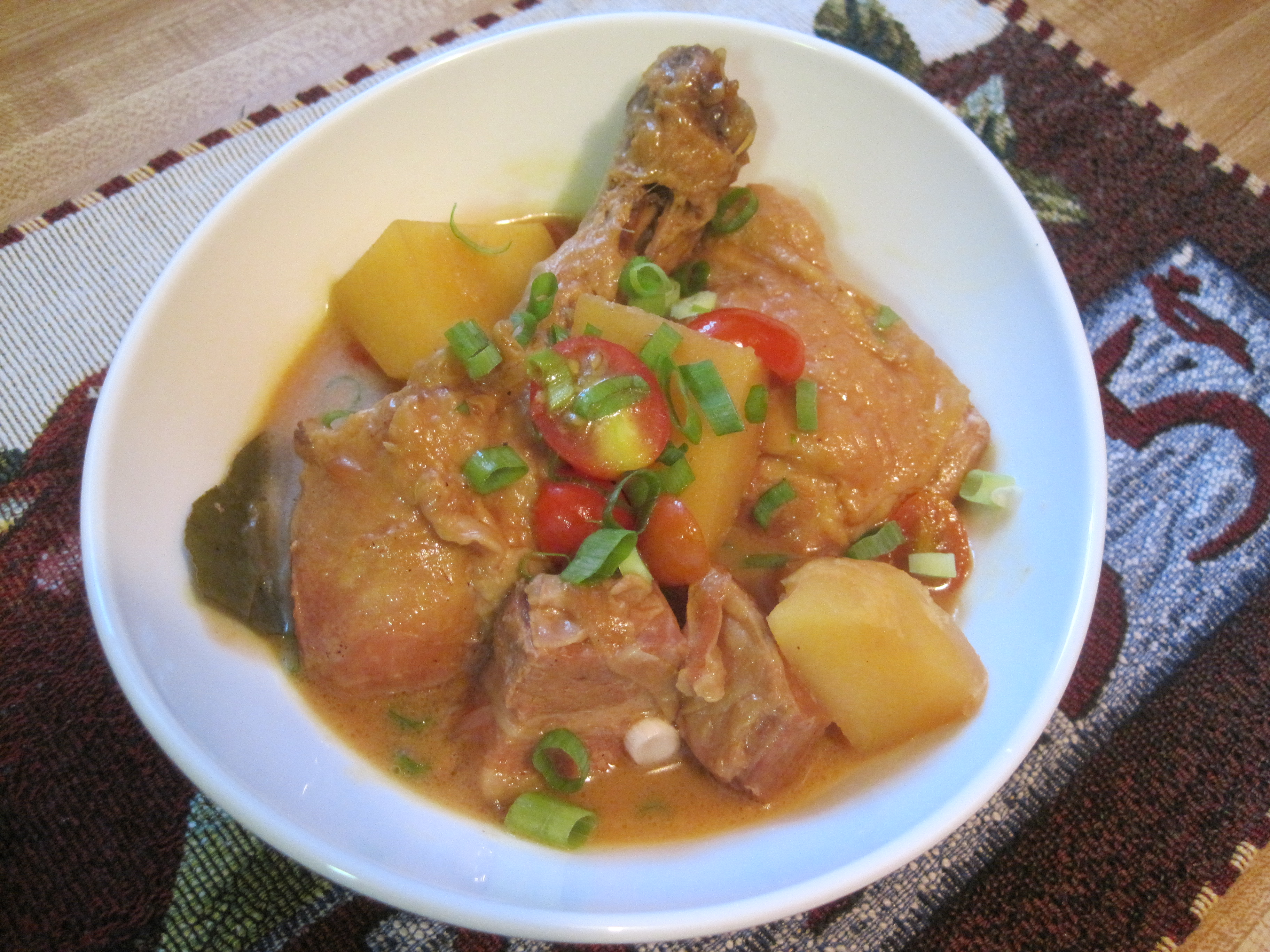 My daughter loved this. She said, it was almost like an optical illusion for food.

When planning what to cook for dinner, I fully intended to make my usual pork and chicken adobo with potatoes. But then, something happened along the way…

In the middle of assembling the adobo, I spied the can of coconut milk in the cupboard. We love anything with coconut milk! And I have seen adobo recipes online where they add coconut milk. So I thought, we’ll give it a try. Then when I was pulling out some bay leaves from the spice cabinet, there was that jar of turmeric just begging for attention. So what the heck, I just read about the health benefits of turmeric, I pulled it out too.

The family knew from the aroma wafting through the house that adobo was in the works. So they were a bit surprised when they opened the pot and saw this…

My daughter said, “I thought you were making adobo?” I said, “I did!” She looked skeptical. Then she tasted it…. she said, “that is weird! I was expecting to taste curry based on the looks of it, but it tastes like adobo! It’s an optical illusion; my taste buds are confused!”

But she and the rest of the family all agreed that it was actually pretty darn good!

– the addition of tomatoes and scallions is optional. I just happened to have some really sweet grape tomatoes from the garden and it paired perfectly with this dish, adding a very pleasant sweetness to contrast the acidity in the adobo.

– traditional adobo dishes were actually cooked to be on the dry side. Some people even go as far as frying the meat after braising in the sauce. However, since some people in my family love to drown their rice in adobo sauce and will resort to pouting when there isn’t enough sauce to go around, I have taken to making my adobo dishes on the soupy side. If you prefer a less soupy dish, I suggest omitting the water and cutting the soy sauce down to 3/4 cup then let the remaining sauce to cook down by letting it boil uncovered for a few minutes towards the end of your cooking time.